The BBVA Foundation expresses the corporate social responsibility of the BBVA Group, in particular, its commitment to the advancement of the societies where it conducts its business activity. This responsibility and commitment have given rise to an extensive body of work in diverse knowledge areas.

The promotion of knowledge based on research and artistic and cultural creation, and the interaction of these domains, forms a core strand of the BBVA Foundation’s work program. The most effective way to increase the degrees of freedom available to individuals and expand our collective choices is to continually enlarge and reinvent our cultural fabric and the frontiers of inherited knowledge. The three main thrusts of the Foundation’s work are accordingly support for scientific research and cultural creation (through grants for individuals and teams), the dissemination of knowledge and culture, and the recognition of talent and innovation through diverse families of awards.

The Foundation focuses its activity on the analysis of emerging issues in five strategic areas: Environment, Biomedicine and Health, Economy and Society, Basic Sciences and Technology, and Culture. The BBVA Foundation designs, develops and funds research projects in these areas; facilitates advanced, specialist training through grants, courses, seminars and workshops; organizes award schemes for researchers and professionals whose work has contributed significantly to the development of knowledge; and communicates and disseminates such new knowledge through publications, lectures and debates.

VALUES OF THE FOUNDATION

The presiding values of the BBVA Foundation are scientific objectivity and independence in decision making, innovation, the pursuit of excellence and an accent on the horizontal and global issues of the day. 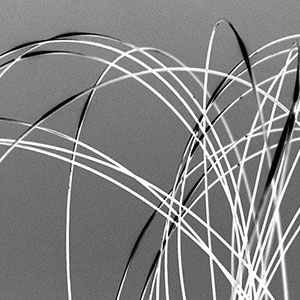 The BBVA Foundation Frontiers of Knowledge Awards recognize world-class research and cultural creation, prizing contributions of broad impact for their originality and theoretical significance. The name of the scheme is intended to encapsulate both research work that successfully enlarges the scope of our current knowledge – pushing forward the frontiers of the known world – and the meeting and overlap of disciplines. These international awards take in eight categories: Basic Sciences (Physics, Chemistry, Mathematics); Biology and Biomedicine; Climate Change; Ecology and Conservation Biology; Information and Communication Technologies; Economics, Finance and Management; Humanities and Social Sciences; Music and Opera. Established in 2008, the awards are decided annually by fully independent committees, and have secured a place among the world’s foremost award families. 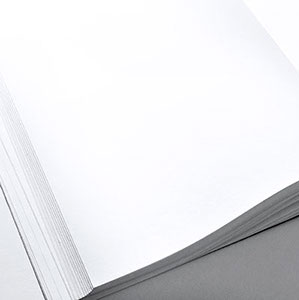 The Leonardo scheme supports individuals with compelling and transformative ideas in a spectrum of areas ranging from physics and mathematics to literary creation by way of biomedicine, information and communication technologies, economics or legal and social sciences. Grants are aimed at researchers and creative practitioners in the 30-45 age range driven by radical curiosity and with the ability to integrate the language and tools of other disciplinary fields to develop innovative approaches to complex questions. The grants draw their name and inspiration from Leonardo da Vinci, the Florentine genius whose legacy reflects both his passion for science and engineering and his immense artistic talent. Grant holders enjoy ample discretion in their use of funds, to be devoted to projects of between 6 and 18 months’ duration.

The BBVA Foundation honors outstanding contributions of world rank through the BBVA Foundation Frontiers of Knowledge Award in Basic Sciences. It also promotes investigation through its Leonardo Grants, supporting research projects in the three areas of Physics, Chemistry and Mathematics. The best knowledge in basic sciences is relayed to the public through annual lecture series such as “Science of the Cosmos. Science in the Cosmos,” on investigative frontiers in astrophysics, or the Particle Physics Series co-organized with CERN, exploring the latest advances in this domain.

In parallel, the Foundation supports scientific events of excellence in basic research fields, like the International Summer School of the Instituto de Ciencia de Materiales Nicolás Cabrera (Universidad Autónoma de Madrid), which facilitate knowledge sharing between researchers and postdocs from all around the world.

The focus in this area is Ecology and Conservation Biology, the aim being to place scientific knowledge at the service of conserving biodiversity in all its forms (species, habitats and ecosystems), with particular attention to Spain and Latin America.

The Leonardo Grants allow researchers at the intermediate career stage to execute highly innovative projects in Environmental and Earth Sciences, while the BBVA Foundation Grants for Research Teams in Ecology and Conservation Ecology support projects to develop ecological strategies of excellence. Finally, the BBVA Foundation Grants for Latin America enable graduates from the region to complete the master’s program in Natural Spaces co-organized by the Universidad Complutense de Madrid, Universidad Autónoma de Madrid and Universidad de Alcalá in collaboration with the Fundación Fernando González Bernáldez.

The BBVA Foundation supports one-off research initiatives of a long-term nature, like the tumor biomarkers project it is currently funding at the Memorial Sloan-Kettering Cancer Center (New York) under the leadership of José Baselga and with the collaboration of the Vall d’Hebron Institute of Oncology. This stands alongside the BBVA Foundation-IRB Oncology Research Program with IRB Barcelona, centered on metastasis and conducted in partnership with Joan Massagué’s team at the Memorial Sloan-Kettering Cancer Center.

The BBVA Foundation Frontiers of Knowledge Award in Biology and Biomedicine distinguishes fundamental contributions to our understanding of the processes governing health and disease. The Leonardo Grants in Biomedicine provide support to a network of researchers working on high-impact projects. Further, the BBVA Foundation Grants for Scientific Research Teams in Biomedicine fund clinical and translational projects in oncology, cardiology and neurodegenerative diseases.

Information and communication technologies and massive data processing are transforming such diverse realms as biomedical research, particle physics, production processes, interpersonal relations and the interaction of individuals with their physical and digital environment.

The BBVA Foundation Frontiers of Knowledge Award in Information and Communication Technologies recognizes seminal contributions in this area, as evaluated by a jury of distinguished experts.

In the funding area, the BBVA Foundation fosters new knowledge generation through the Leonardo Grants in Information and Communication Technologies, while the BBVA Foundation Grants for Scientific Research Teams in Big Data go to novel projects of one to three years’ duration in this emerging domain.

Finally, the Premios de Investigación Sociedad Científica Informática-Fundación BBVA (with the Information Science Society of Spain, SCIE) are designed to showcase young Spanish talent at the postdoctoral level and reward the creativity, originality and excellence of their projects.

Through the Fundación BBVA-Instituto Valenciano de Actividades Económicas (Ivie) Economic Research Program, the Foundation has generated a pool of knowledge on the key socioeconomic issues of the 21st century: the education system, the knowledge economy as a vector for growth, R&D and innovation-led productivity or the equitable distribution of income.

The BBVA Foundation Frontiers of Knowledge Award in Economics, Finance and Management distinguishes the authors of key contributions in a broad spectrum of areas from game theory to growth economics by way of taxation, contracts and incentives or the measurement of economic wellbeing.

The Foundation supports the work of researchers in Economics, Finance and Management, Legal and Social Sciences (Law, Political Science, Sociology, Anthropology, Demography, Human Geography, Psychology and Education Science), through its Leonardo Grants. Finally, lecture series like the BBVA Foundation-JEEA Lecture, an annual event co-organized with the European Economic Association, provide a forum for expert speakers to address the interested public on questions of topical interest.

In parallel, the BBVA Foundation Grants for Scientific Research Teams reserve an area for the Digital Humanities. Projects funded to date evidence the scope and variety of this discipline: video games to improve the communicative skills of people with Down syndrome, use of social networks to characterize the linguistic variations of Spanish worldwide, or the application of 3D technology to preserve cultural heritage items.

The BBVA Foundation also organizes lecture series in the humanities sphere, like the recent Historia de las ideas series in collaboration with the Royal Spanish Academy of History.

The BBVA Foundation maintains a focus on classical music, particularly its contemporary forms of expression, intervening across the whole creative cycle from composition to performance by way of musician training, the recording of works and the recognition of musical excellence.

Besides expanding the contemporary repertoire by commissioning new compositions, the Foundation was behind the creation of contemporary music collections with NEOS and Verso, as well as one-off CD and DVD releases with a series of prestigious labels including Deutsche Grammophon and IBS Classical.

Annual concert series in the Foundation’s Madrid and Bilbao centers and in the Auditorio Nacional de Música offer the public live experience of the music of our time. This same goal is addressed by lecture series in the charge of musical figures like Tomás Marco and Pedro Halffter. In parallel, recurrent collaborations with institutions and associations throughout Spain, among them the Teatro Real in Madrid, the Gran Teatro del Liceo in Barcelona, and the Bilbao Friends of the Opera Association (ABAO), and with orchestras like the Orquesta y Coro de la Comunidad de Madrid, the Orquesta Sinfónica de Madrid or the Orquesta Sinfónica de Euskadi have allowed a wider audience to enjoy top-quality symphonic and opera programs.

The BBVA Foundation also looks to the future with its suite of training opportunities for new performers seeking international experience, including the programs run with the Spanish National Youth Orchestra (JONDE) and the Escuela de Música Reina Sofía. The Leonardo Grants in Music and Opera support the composition of musical and operatic works. Finally, the Foundation operates two schemes honoring excellence in music: the BBVA Foundation Frontiers of Knowledge Award in Contemporary Music and, for Spanish composers, the Premio de Composición Asociación Española de Orquestas Sinfónicas-Fundación BBVA in conjunction with the Spanish Association of Symphony Orchestras (AEOS).

The BBVA Foundation organizes annual exhibitions with the Museo del Prado, the Guggenheim Museum Bilbao and Fundació Joan Miró whose scale and conception make them key events on the international cultural calendar. These exhibitions attract large numbers of visitors and are supplemented by research and educational activities on the corresponding artists or themes. Recent shows include Bosch. The 5th Centenary Exhibition (Museo del Prado), Abstract Expressionism (Guggenheim Museum) or Miró and the Object (Fundació Miró). Additionally, the Leonardo Grants have a dedicated area for Plastic Arts.

The BBVA Foundation’s annual MULTIVERSO Grants for Video Art Creation seek to further the development of one of the creative languages most distinctly of our time and most forcefully expressive of today’s culture. The scheme allows artists with an established body of work to undertake more ambitious projects, giving them the resources, choice of locations and planning capacity they might otherwise lack.

The Foundation also assures them a platform for their work. To this end, it has opened a permanent exhibition space in the Marqués de Salamanca Palace devoted exclusively to video art – the Sala MULTIVERSO – where visitors can enjoy screenings of works funded under the MULTIVERSO scheme or specially commissioned. Finally, the BBVA Foundation and Museo de Bellas Artes de Bilbao have launched a Video Art and Digital Creation Program to foster the creation and diffusion of this means of artistic expression.

The Leonardo Grants in Literary Creation and Theater are the chance for young authors to devote the time necessary to realizing long-cherished literary projects, with products to date warmly received by readers and theater-goers alike. The BBVA Foundation also funds the magazine Sibila, a singular compendium of literature, plastic arts and music now into its third decade, as well as supporting the Spanish poetry collection Biblioteca Sibila-Fundación BBVA de Poesía en Español and Clásicos do Pensamento Universal, with the University of Santiago de Compostela, among other publishing lines.

Members of the Board of Trustees

Department of Finance and Administration

Department of Projects, Grants and Awards